by The First Seed 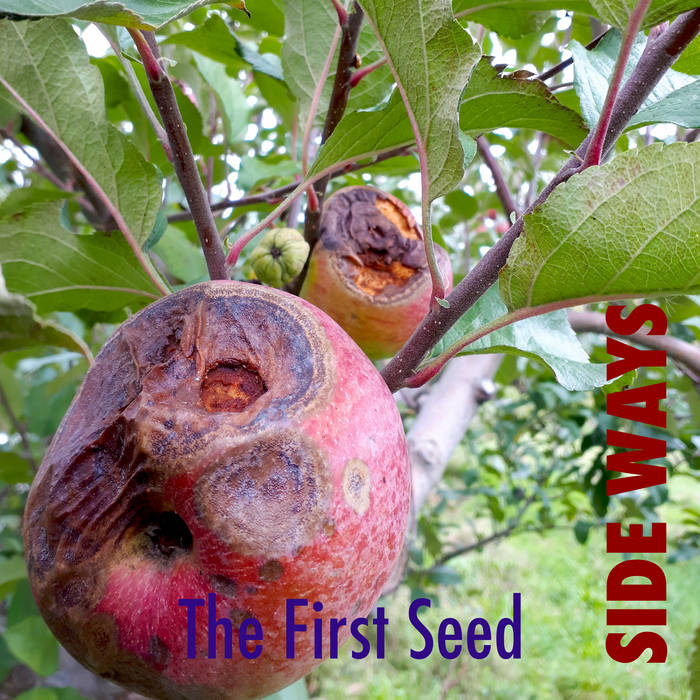 THE FIRST SEED is back with another passion fueled energetic onslaught of vicious sonic expulsions with SIDE WAYS. The 7 song follow up to THE $Y$TEM (released in September of 2018) captures the raw energy of THE FIRST SEED’s live performances by stripping away all the meticulously edited computer driven production elements of his previous full length releases and focuses on the act of making powerful, impactful music utilizing a minimal setup; recording voice, drum machine, and FX pedals simultaneously. By capturing the songs as full takes and limiting the edits the authenticity of the emotions are directly preserved. The resulting sound is raw, real, and riddled with expressive nuance, brought to absolution by the mastering skills of the indelible AARON SPECTRE (DRUMCORPS).
The aggressive pounding low fi electronic rhythms are complimented by lyrics extolling relationships, aspirations, sociopolitical frustration, societal pressure, disinformation, and living life to the fullest, delivered with gut wrenching conviction.
THE FIRST SEED has been performing, producing, collaborating and releasing music in the underground Canadian electronic/breakcore/hardcore/underground/noise scenes since 2005. Notably collaborating with ERIC ANDRE, forthcoming full length albums with BINGENINJA and ERO GURO are in the works, as well as a solo “studio” album in 2019.

written/performed/recorded by The First Seed
mastered by Aaron Spectre

Bandcamp Daily  your guide to the world of Bandcamp